For the third year in a row, Sylvie Maysonnave takes the reins as artistic director of the Interfiliere January “The Exception” space. Consulted for her expertise in fashion and natural materials, she found it important to broaden the scope of lingerie for a wider view which, in her opinion, relates to all that is intimate: “a certain need to return to what is natural moves our emotions in every domain, like a new way of living at home, on our plates, and in our wardrobes”, explains Sylvie. “This is reflected in eating for health, in home furnishings, and especially in homewear, an important part of lingerie. There is perhaps something truly modern about offering lingerie that is pure, raw, and primitive, yet which remains refined. There is a real trend to move toward something more authentic and simpler.”

What was the context around designing this exhibit?
Sylvie Maysonnave / Though we don’t yet know what direction fashion is taking, there is clearly a need for authenticity, with a current taste for all that is retro. There is, in fact, in the return to what is natural, something truly nostalgic. And something Eastern, a sort of imaginary Asia: Eastern wellness is generally in vogue in several fields, such as beauty, design, and fashion. Moving toward the natural, in this case, is a matter of care, in a manner of speaking.
Women are expecting a product offer that has no contradiction between inner and outerwear. Since the 1980s, we have noticed that there are ever-more elements in underwear that have gone “outerwear”. So, this is, in fact, a space for development of the lingerie industry, allowing it to appear in the full light of day, alongside the other major challenge/opportunity that is sustainability. Identifying designers working with natural fibers was not so complicated, since it is so much a part of what’s happening now: still, the difficulty was finding a connection to the world of lingerie. Though loungewear is what most closely resembles clothing, with comfortable materials included in everyday wear, lingerie has its own rules that are irretrievably linked to elastane. There is no going back. We are certainly talking about a natural spirit, but we can’t expect women to renounce comfort by returning to pure cotton. This is why we’re advocating a natural mood, but not 100% natural fabrics, which would be nearly impossible.
Instead, we’re leaning toward a natural inspiration rather than 100% natural fabrication. Artificial fibers are moving as close as possible to natural textures, even to a natural mood, in terms of color and print.

How is fashion making use of this recycling trend?
S.M. / We’ve identified couture designers who are working with this recycling concept. I went to visit Gustavo Lins, whom I’ve worked with on recycling vintage kimonos. I found an interesting link between couture, recycling, and the spirit of lingerie: the kimono is originally an outdoor garment, but which melds beautifully into the homewear mood. Many innerwear pieces are derived from the kimono.
Another young designer out of the Institut Français de la Mode, May Bernardi, has found her place in this exhibit, with very interesting items using natural materials.
We have identified two young designers who are part of the Ateliers de Paris and are working on recycling or on the use of multiple natural materials in textile design. It extends all the way to working with animal products. Lucie Touré works using paper, with ultra-delicate embroidery samples that could absolutely be used in a lingerie manner. With Charlotte Kaufman, we’re dealing with the weaving of plant material.
Igor Brossman made us a kimono from paper knit. We will, in fact, be showing it on a paper table also designed by Igor. Virginie Gallégo and Fabien Desportes work a lot with Japan, a culture that truly inspires them. They only work in cotton and linen, creating old-fashioned shirt-dresses. In their boutique, the whole interior reflects their collections, telling the impactful story of a natural home.

What does this exhibit seek to achieve?
S.M. / “The Exception” is a way to feed the imagination of the lingerie industry, encouraging us to move toward a more sustainable approach. For us, it’s more about providing sources of inspiration to manufacturers with samples whose production still remains anecdotal. The idea is to eventually upscale fibers used in an artisanal manner and make natural materials accessible to the greatest number of people. The concept would be to push the search even further, in order to develop something even more virtuous. Lingerie must nevertheless remain affordable: it’s a matter of managing to produce at a lower cost so that it can be used in lingerie. 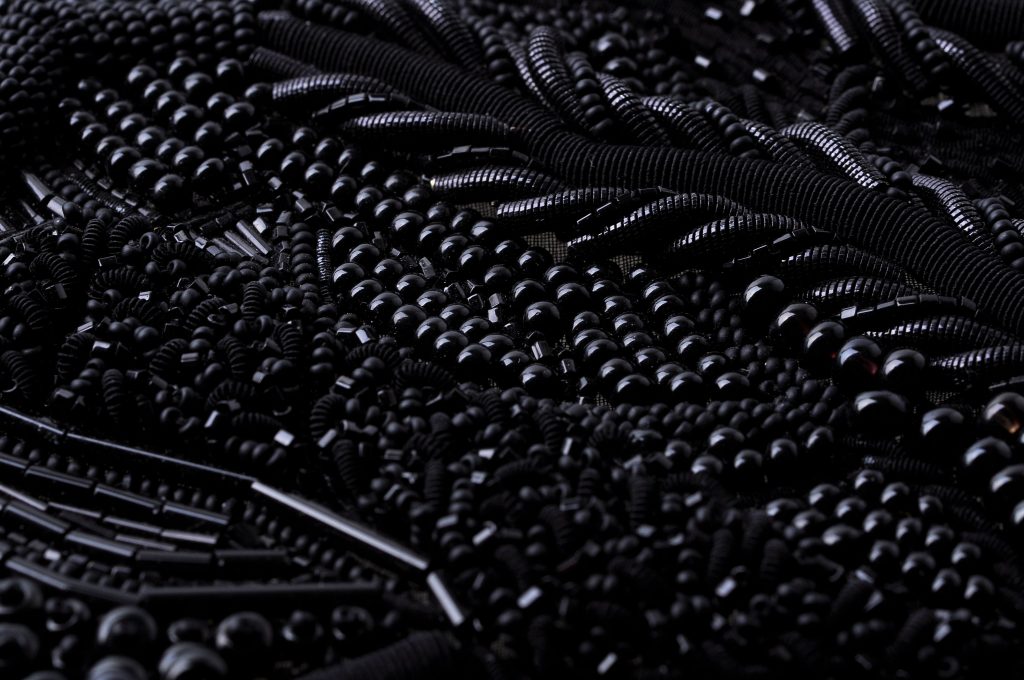 Stay in touch with the show and market's latest news

To be part of the show,
please select your profile

You wish to get in contact with the brand « SYLVIE MAYSONNAVE, the Exception ».

In continuing to browse, you agree to the installation of cookies designed to ensure the proper functioning and interactivity of the site, personalise your browsing, enable targeted advertising appropriate to your centres of interest, and measure the site's audience. For further information and to set parameters for cookies.Ok